Everything you need to know about IPTV (Internet Protocol Television)

IPTV, or Internet Protocol Television, traditionally refers to television that is distributed over an IP network — the same kind of network people use to surf the internet and exchange emails.

In reality, IPTV technology enables an organisation to use their existing IP network to carry much more than just television. With IPTV, you can easily distribute terrestrial and satellite channels, video, digital signage, and interactive portals throughout your facility.

All of this multimedia content can be viewed on standard, high-definition, or 4K TVs, and various kinds of AV display equipment, as well as PCs. Recent technology innovations now enable IP video distribution beyond the wired LAN to include WAN, the internet and mobile devices. 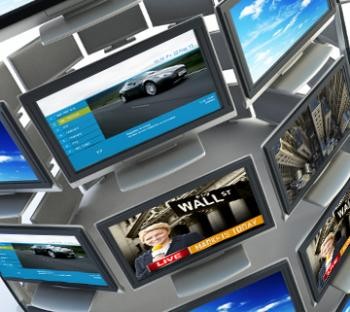 An IPTV solution from Exterity harnesses the power of video to communicate, educate and entertain over your IP network. Exterity solutions enable organizations to bring video to any device, in any format, anywhere in a business environment. Read more about Exterity Solutions.

Our end-to-end IP video systems are tailored to your industry - from corporations to hotels, oil rigs and stadiums, Exterity provides the IPTV foundation that inspires outstanding multi-industry solutions. Read more about the markets we serve.

Sign up to our newsletter to keep up to date on the latest news, events and products from Exterity.