The Royal Shakespeare Company (RSC) is an ensemble theatre company, in which everyone from directors, actors and writers to production, administrative, technical and workshop staff all collaborate in the RSC’s distinctive approach. When the company moved its offices to a modern location in Chapel Lane, 500 metres from the main theatre, it sought a way to keep staff in touch with “the smell of the greasepaint and the roar of the crowd”.

An Exterity IPTV solution uses the corporate network to stream stage action to eight LCD screens placed throughout the RSC’s Chapel Lane offices. The Exterity system keeps staff in touch with rehearsals and performances, can be easily expanded, and improves the Company’s return on its network infrastructure and bandwidth investments. 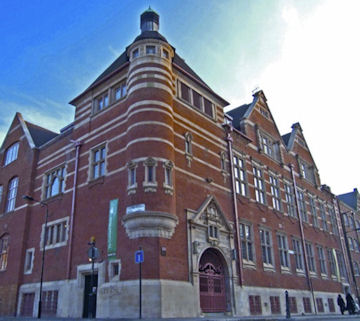 The Royal Shakespeare Company (RSC) is a theatre company based in Stratford-upon-Avon, the birthplace of William Shakespeare. The aim of the RSC is “to keep modern audiences in touch with Shakespeare as our contemporary.” To that end, the RSC’s repertoire includes not only the works of Shakespeare and his contemporaries, but classic and modern plays as well.

The RSC is an ensemble company: everyone in the company, from directors, actors and writers to production, administrative, technical and workshop staff all collaborate in the RSC’s distinctive approach to theatre. With more than 500 people involved, spread across multiple buildings, this collaboration requires a means of connecting office-based staff with action taking place on the stage.

As part of an extensive transformation of its Stratford-upon-Avon home, the RSC moved its administrative functions to a remote site outside the main theatre building. To keep both sites connected and maintain the ensemble’s cohesiveness, the company sought a way to stream images from the stage to its new office building located nearby in Chapel Lane.

The picture quality delivered by traditional coaxial TV and video distribution systems is easily degraded by distance and electrical interference. To assure the top-quality viewing experience needed to communicate the excitement of the stage, the Royal Shakespeare Company chose an Exterity IPTV solution to deliver TV and video channels to TVs, AV displays and personal computers.

The RSC’s systems integrator installed an Exterity AvediaStream Encoder to inject live images from the video camera that overlooks the stage at the main theatre onto the dedicated network running between buildings. Exterity AvediaStream Media Players deliver the resulting video streams to eight LCD screens placed throughout the RSC’s Chapel Lane offices.

“A key part of our ongoing transformation project is to move all administration, financial and marketing functionalities from our main theatre to a new self-sufficient office facility. It is important that all staff can see and hear what is happening in the auditorium, so being able to stream live images of rehearsals and productions helps to create an exciting and dynamic atmosphere outside of the theatre building.” 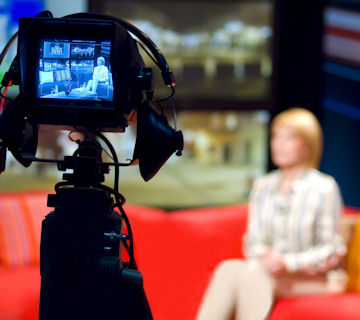 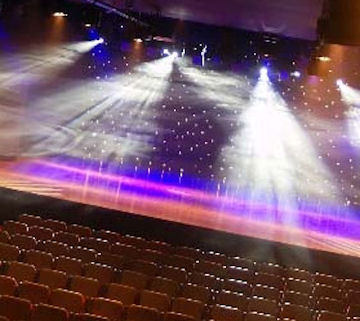 “Every member of the RSC’s staff is involved in creating the productions in some way, and so keeping them in touch with the end result on stage is vital even though they may not be in the same building.” Colin Farquhar, CEO of Exterity. “With our IPTV system, the company can constantly remind staff that they are part of a creative and innovative organisation.”

At the time of writing, plans were already in place to expand the use of the Exterity solution by linking the dedicated network to the main RSC data network, enabling all staff to view theatrical performances from their computer or laptop.