Lord’s Ground, located in north west London, is recognised worldwide as the “Home of Cricket”. Owned by Marylebone Cricket Club (MCC), Lord’s is also home to Middlesex County Cricket Club, the England and Wales Cricket Board and the European Cricket Council, as well as one of the world’s oldest sporting museums.

In 2013, MCC unveiled a masterplan to redevelop Lord’s to maintain its position as the most prestigious ground in the world at which to watch and play cricket. As part of the phased development, the existing Warner Stand was demolished at the end of the 2015 season and a new £25 million state-of-the-art stand was opened by HRH The Duke of Edinburgh in May 2017.

With a capacity of 2,656, the striking new stand has been designed to deliver an enhanced spectator experience for MCC Members and their guests, and includes a significant upgrade to catering and entertainment facilities which will be in use throughout the year.

As part of the upgrade, Lord’s selected a complete, end-to-end Exterity IP video and digital signage solution to deliver high-quality live TV and digital signage throughout the Warner Stand, including bar and catering areas and match control facility. The solution was deployed by leading systems Integrator RTS, working closely with the Technology Department at Lord’s.

Stuart Moore, Managing Director at RTS, said: “The customer wanted to ensure they were HDCP (High-bandwidth Digital Content Protection) compliant and Exterity represented the obvious choice with its integrated, end-to-end HDCP solutions. Flexible and scalable, the Exterity IPTV system can also easily be expanded to the other stands as the ground redevelopment progresses. The team at Lord’s pre-configured the network for IPTV in advance of installation so everything was very straightforward.”

"One of the main reasons we chose Exterity was that we could get the entire solution from a single vendor. Exterity products are plug-and-play, easy to install, incredibly robust and centrally managed through a single panel of glass. I have also been very impressed by the level of service and support I have received from both RTS and Exterity and look forward to a ground-wide IPTV expansion in the future." 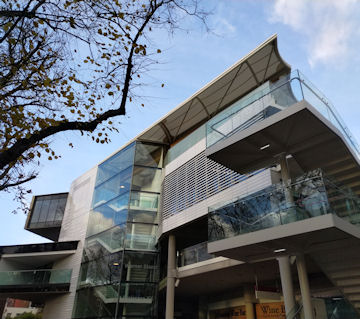 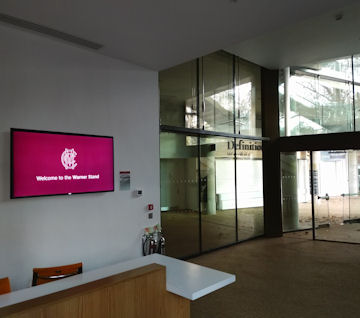 Lord’s also records non-televised county cricket matches: live camera feeds are fed into an existing RF system which are in turn captured by an Exterity AvediaStream TVgateway and streamed as channels over the IP network. The single TVgateway blade also delivers all UK Freeview channels.

Exterity ArtioSign digital signage solution – which is integrated into every Exterity AvediaServer and AvediaStream Media Player – is used in the bar, catering areas and the lobby to display drink menus and pricing, sponsor adverts and to promote Lord’s Shop and cricket store merchandise on match days. ArtioSign is also used to create personalised, branded signage screens for meetings and conferences held on non-match days.

“We are delighted that our IP video and digital signage solution is helping to create an immersive fan experience at a world-class sporting institution such as Lord’s. Being equipped with the latest content protection solutions also ensures that they can meet the content industry’s stringent security requirements, something that will only increase in importance as the quality of video continues to improve.”