The brand-new Alva Hotel by Royal, which opened at the end of 2019,  combines contemporary design, healthy living and smart technology to create a stylish and uplifting experience across its 680 rooms and suites in the riverside area of Shatin, Hong Kong. With a look and feel that welcomes millennials and modern travellers, the hotel’s active, green and social spaces reflect a unique lifestyle concept that embraces wellbeing and discovery. 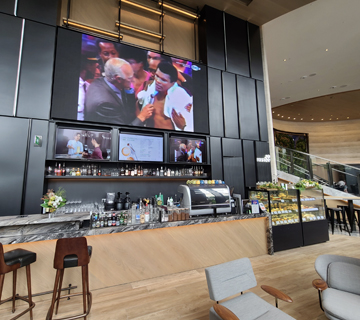 To complement its fresh and elegant environs, the hotel wanted to deploy a cutting-edge digital signage and in-room infotainment system that enables a seamless experience across different screens throughout the resort – to establish a new benchmark in hotel TV experience.

The hotel’s senior management were keen to implement a user experience that matches the modernity of Hotel Alva, and so contacted SmarTone – a leading telecommunications company in Hong Kong and Macau that provides solutions to elevate business performance – to develop a unique guest entertainment and communications solution across the resort, including guest rooms. As Daniel Leung, General Manager of Enterprise Solution Development at SmarTone explains, “Our brief was to make sure that they had a reliable, robust and flexible solution that could deliver the better-than-home experience they wanted to create.”

“Capabilities, service and support were of paramount importance,” explains Mr. Leung, “So our natural choice was Exterity, which has built a strong reputation in the hospitality world while still being cost-effective and backed by an excellent local management, support team and distributor Comm-Tec.”

SmarTone created a fully featured Exterity in-room guest entertainment solution that has been deployed to over 700 Sony BRAVIA SmartTVs, as well as deploying digital signage across the hotel’s public areas. The integrator chose a set-up that did not require set-top boxes (STBs) to simplify the engineering of the system, choosing instead to leverage the Exterity system’s ability to stream content and signage directly to SmartTVs.

Using Exterity’s ArtioGuest software, each guest room has a simple and easy-to-use interface that allows a range of advanced features accessed from either the SmartTV or via an iPad in each room. These include numerous local and premium TV channels, available in up to 4K quality. The Exterity solution is also used to group different channels together for viewing in various public areas.

In addition, each Sony BRAVIA SmartTV runs the ArtioGuest-powered interface with integrated Google Chromecast and Apple iOS Mirroring for guests to connect seamlessly to their own mobile devices and stream their own content onto the TV. The system also offers easy access to in-room environmental controls.

The innovative features also extend to security and ease of access, with Exterity facilitating guest check-out directly from the TVs. SmarTone has innovated even further, integrating advanced capabilities such as the ability for guests to use their own mobile device as a room key – as well as several self-service options to ease check-in, all of which will be welcomed in a post-Coronavirus era when demand for speedy services and touchless technology become the new norm. 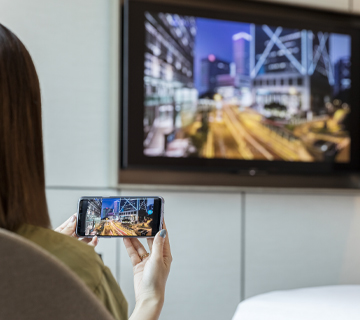 “Capabilities, service and support were of paramount importance,so our natural choice was Exterity, which has built a strong reputation in the hospitality world while still being cost-effective and backed by an excellent local management, support team and distributor Comm-Tec.” 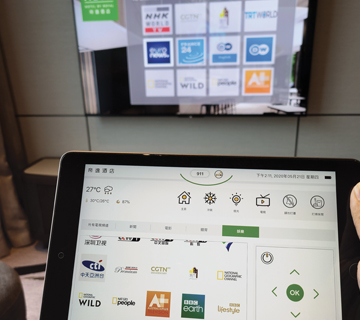 The project sets a new defacto standard in hotel TV experience, in Mr. Leung’s view. He points to the fact it includes many innovative features that are rarely found within a single installation, including an STB-less IPTV system; seamless user experience across multiple TV endpoints; integrated room and TV control via iPad; and personalised video entertainment through mirroring and video casting features.

“The Exterity platforms have proven exceptionally reliable, while the software applications offer a great deal of flexibility, which has allowed us to deliver one of the most forward-thinking and technologically innovative properties in the region,” says Mr. Leung. “The thoughtfulness in the software design makes it simple for guests to use, and easy to support the facilities management team at the hotel.”

“The Exterity platforms have proven exceptionally reliable, while the software applications offer a great deal of flexibility, which has allowed us to deliver one of the most forward-thinking and technologically innovative properties in the region,” 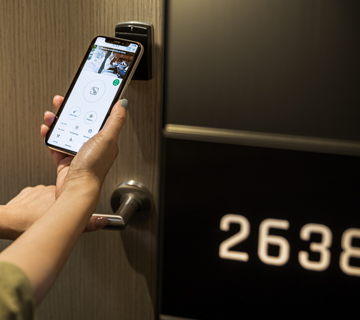 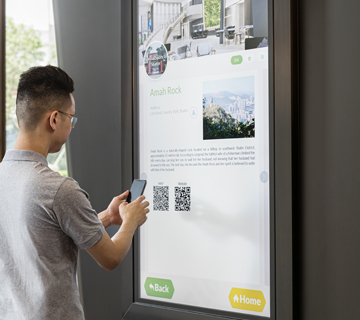