Since 1860, The Open has been played over some of the world’s most cherished links courses and has produced a remarkable legacy of great champions. It is the oldest and most international championship in professional golf, and the Claret Jug - first presented in 1873 - is one of the most iconic trophies in all of sport. In 2017, UK broadcaster Sky gained exclusive live TV rights to The Open, which prompted an ongoing project to accommodate a growing number of enthusiasts and ensure a seamless fan experience around the hospitality villages and adjoining hotels at each year’s venue. The Open and event AV specialist, C3i Group, has worked with Exterity since 2010 to enhance its live coverage of the tournament along with enhanced video security to protect content distribution. 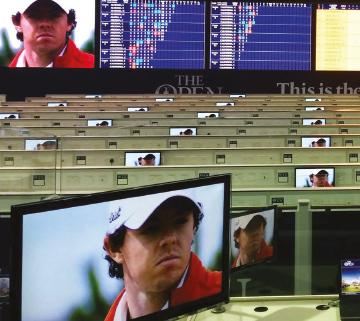 For the last decade, visitors to the Open have enjoyed live video of the action on screens erected across all the 14 courses from which the tournament is played. At the 2018 tournament in Carnoustie, Scotland, which attracted over 172,000 spectators over the one-week event, over 600 screens across the site were fed with high quality content provided by Sky. The dedicated fibre-based IP network that spans the course is also utilised to transport video feeds to its onsite media centre, which is used by affiliate broadcasters. Irrespective of where a visitor is located, the organisers have ensured that everybody can see close-ups of the action on big screens in real-time, enabling them to feel immersed in the competition, even when they’re far away from the action.

“We chose Exterity a number of years ago when we needed a robust IP video solution that adapted to the particular environment of live events. As our clients continue to grow, it was crucial for us that our provider remained ahead of the curve, which is a strong USP for Exterity. Having Sky now delivering the tournament in HD has proved a great opportunity to extend the onsite video capabilities along with new end-to-end HDCP encryption to ensure the security of all content for the rights holder.”

The Exterity professional IP video system was originally deployed for The Open at St Andrews in 2010 to facilitate streaming of the competition in real time on multiple screens. Five years later, the installation extended the reach of the Exterity system to all the hospitality and media suites at The 144th Open in St Andrews. New for 2016 at Royal Troon was the change to coverage from NBC and Sky, enabling each on-site broadcaster to stream live feeds from European Tour Productions, the official world video feed provider, alongside each broadcaster’s content throughout the event. The system is also used in the TV Compound, so broadcasters can monitor their channels. C3i Group, who specialises in Digital Infrastructure management for large-scale sporting competitions has also been selected as Digital Communications partner to The Open until 2021 and will be working with Exterity to provide the R&A with best in class video solutions.

One of the most recent changes for the 2018 event was the implementation of HDCP Pro across the entire video workflow delivered across the site. Working with Exterity, the upgrade provides a secure path for content displayed on any of the 600 screens now deployed across the site.

In addition, C3i has extended the functionality on offer to sponsors who maintain several hospitality pavilions across the site. Using Exterity digital signage technology, sponsors have more flexibility over the screens within their respective areas, including the ability to incorporate customised graphics, branding and messaging using Exterity’s simple-to-operate app, ArtioSign.

On working with Exterity for The Open, C3i Group owner Jason Hall added: “The Open requires months of planning and three months on site. Streaming a competition of this scale would have been impossible without Exterity. The system provides all off air and on-course channels in a flexible and scalable way, as well as all the control and management features we need, and ensures that everything can be managed centrally by a single administrator. On top of consistently delivering high-quality video, the Exterity professional IP video system is robust and easy to set up."

For the 2018 event, C3i also extended the feeds directly into the adjoining hotel to ensure that both players and guests staying on site could keep abreast of the action at all time. 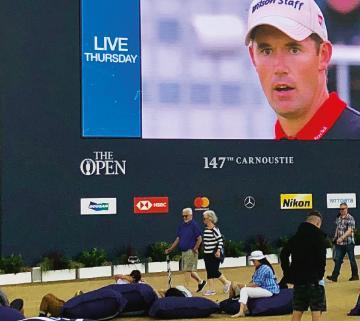 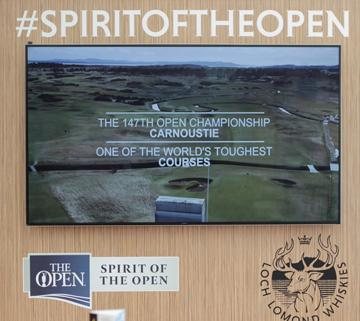 “Video coverage has become an integral part of the fan experience during live events, and we’re proud to be working with C3i Group to ensure high-quality video streaming at events of the calibre of The Open. As an Exterity StreamForce Program Platinum partner, C3i Group has consistently shown an impressive capacity to easily and seamlessly deploy temporary installations for large-scale and complex events. We have extended our collaboration by providing an on-site managed service alongside the C3i Group team to ensure that the delivery of the solution remains seamless and to the utmost standard. This way, fans will feel even more immersed in the golfing action.”

The Exterity IP video solution sits on top of the existing fibre-based network, which was installed around the championship courses, and enables fans to watch crisp quality video in real-time from any location around the hospitality villages. It also ensures lossless streaming from Exterity AvediaStream Encoders straight to a 36m LED video wall situated in the media centre which delivers live feeds to on-site broadcasters.

Leveraging over 600 media players, HD-SDI and HDMI encoders and satellite and Freeview TVgateways as backup, the distribution of content from capture to delivery to every screen is controlled centrally from Exterity’s management system, AvediaServer. Broadcast coverage includes feeds from the main broadcasters, which are encoded and distributed through the Exterity IP video system. This enables fans to watch golf news and live commentary during the quieter periods, adding value to the fan experience. The Exterity system is also used to deliver health and safety messages to ensure that information can be disseminated quickly.

“One of the most critical challenges that Exterity helped us to overcome was to reduce the latency of video to under 300ms, which ensures that the feed on the screens is synchronised with the action on the course,” explains Hall. “This a significant technical achievement that ensures that everybody at The Open is able to see and hear the action as close to real-time as possible.”

In addition, The Open enables visitors to stream content via their mobile devices, opening the door to extended IP video coverage of the competition to multi-screen. To avoid congesting the IP network, The Open is now combining multiple networks, including LAN, Wi-Fi, 3G and 4G, extending the reach of the competition by enabling fans to share their views online with accompanying video and broadcast coverage in real-time.