Gold mine camps are often found in remote locations, where entertainment is scarce; however, mining companies need to ensure their workers are entertained and that low morale, often brought about through being away from home, doesn’t become an issue.

This led the Canadian Gold Mine Corporation to seek to install a state-of-the-art network video solution throughout its Kinross Tasiast camp in the Mauritanian desert. 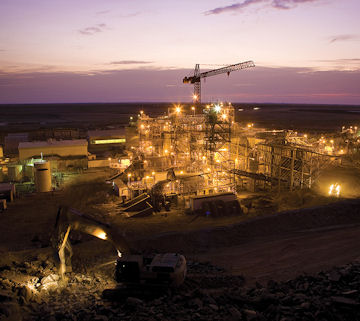 To meet its unique needs, Kinross Tasiast decided to set up its first TV over IP distribution system. IPTV was the preferred option as it can offer multiple channel options and deliver them to any end point without causing any disruption to other communications and applications delivered across the IP network. The project required an IPTV system that could integrate with digital signage requirements and scale to deliver video to 1250 monitors throughout the camp.

The Exterity IPTV system installed at the Kinross Tasiast camp delivers over 60 international satellite TV channels including English speaking sports via ESPN, Arabic news via Al Jazeera and SecureMedia encrypted pan-African entertainment via French CanalSat Horizon. The installation comprised satellite TVgateways for both free-to-air and encrypted channels; AvediaServer, including AvediaServer Director & the Artio Portal; as well as Receiver set top boxes, allowing for the signal distribution to individual end points and desktop players. Additionally, an internal information channel is broadcast from the telecom building and made available on all TV screens.

The Exterity system met Kinross Tasiast’s functionality, high quality, flexibility and budget requirements perfectly. The deployment took place in two stages: the system was initially deployed on more than 300 televisions, with the remaining screens commissioned a few months later, further demonstrating the scalability and flexibility of Exterity IPTV solutions. Digital signage was also integrated with the main IPTV system to provide end users with camp based information; this was achieved without using any extra specific players and managed centrally from a single web console.

“The Exterity IPTV system provides an easy and efficient service which is a vast improvement on the quality of the previously installed analogue television broadcasting systems. The solution has since been adapted to cater for a further 100 set top boxes. The system was easy to install and provided seamless service management.” 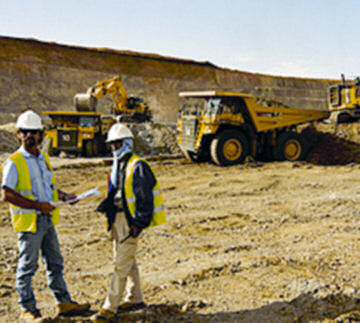 “Deployments such as Kinross Tasiast pose a considerable challenge due to the remote locale of the camp. Deploying our professional IPTV systems to 1250 screens and in difficult terrain is further proof of the quality and flexibility of Exterity’s solutions. “

Activity on the Exterity IPTV system is monitored through AvediaServer, a centralized server allowing the system administrator to remotely control smooth operation from content ingest at the head end to end point receivers without requiring visits to individual locations. The flexibility and scalability of the system enables system administrators to change end point location or to install additional products and end points to the existing system without additional cabling requirements or service disruption.