Following the promotion of Eleuterio Fernandes to Vice President of Sales EMEA in January 2018, we have promoted Walid Tabet to Regional Sales Team Leader and hired Ahmad Bsat as Regional Sales Manager. The expanded sales and technical support team on the ground guarantees the best support for Exterity partners and customers across the region.

Colin Farquhar, CEO at Exterity, said: “A big reason for Exterity’s success in the Middle East is the team we have on the ground. Our regional office boasts an experienced, loyal team of employees, and we have recently celebrated the ten-year anniversary of our first employee in the region, Asad Haque. Today, our team of sales and technical staff works across the whole region, but also Sub-Saharan Africa and the Indian subcontinent to help our network of technology, system integrator and consultancy partners to distribute and install our end-to-end solutions. We are immensely proud to promote Walid to Regional Sales Team Leader, and the experience and knowledge that Ahmad brings to our team will ensure that we continue to offer the highest level of local support for our video streaming, hospitality IP video and digital signage systems as we grow.”

Originally operating primarily in the oil and gas sector, Exterity rapidly expanded into hospitality – one of the Middle East’s most important industries – as well as transport, corporate & finance, education and healthcare. Today, the company is one of the main providers of enterprise IP video and digital signage across the entire region, enabling airlines, airports, hoteliers, corporate organisations and universities to offer best-in-class video and signage to their audiences.

Eleuterio Fernandes, Vice President Sales EMEA at Exterity, added: “The Middle East is an incredibly tech-savvy market that has been transformed by the rapid adoption of IP networks, and we have always been committed to helping our partners and customers in the region provide the best solutions to their clients. We are proud to have seen our solutions transform hotels, airports, universities and corporate offices into technology hubs, and we welcome Ahmad to the team, for his deep knowledge of IP video and digital signage and understanding of the growing market.” 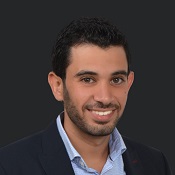 As the new Regional Sales Team Leader, Walid Tabet is now responsible for the Middle Eastern markets across all verticals to help the regional sales team achieve its targets, grow Exterity's reach and position the company as the leading supplier of end-to-end IPTV and digital signage solutions across the region. Reporting into Eleuterio Fernandes, Vice President Sales EMEA, Tabet’s expertise is particularly useful for the hospitality industry, and coordinating between the Exterity HQ and regional end-users/channel partners to adapt products and solutions according to market trends. 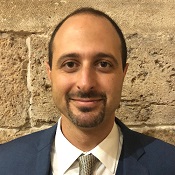 Exterity recently celebrated its ten-year anniversary in the Middle East, with a number of milestones: