We are delighted to announce our ten-year anniversary in the Middle East. Over the course of the period, the company has moved from challenger to the leading player in enterprise IP video and digital signage, grown our regional team and developed a large and diverse customer base. 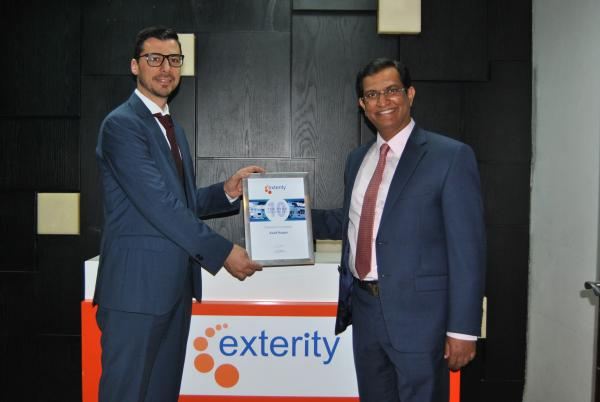 Originally operating primarily in the oil & gas sector, Exterity rapidly expanded into hospitality – one of the region’s most important industries – as well as transport, corporate & finance and healthcare. Today, we are one of the main providers of enterprise IP video and digital signage across the entire region, enabling airlines, airports, hoteliers, corporate organisations and universities to offer best-in-class video and signage to their audiences

Colin Farquhar, CEO at Exterity, explained the reasons behind the company’s success: “Exterity’s growth in the Middle East is reflective of the evolution of the regional market, where new developments across corporate & finance, education, healthcare, hospitality, transport and venues & stadiums have called for high quality IP video systems. Our partners have also been instrumental to our success, and we are proud to have invested in local support to help them grow our presence and build exciting projects together.”

Another reason for Exterity’s regional success has been our local team, working across the Middle East, Sub Saharan Africa and, more recently, the Indian subcontinent. Headed up by Eleuterio Fernandes, Vice President of Sales EMEA, the regional office boasts an experienced, loyal team of employees; with the team’s first Middle East Sales Manager, Asad Haque, celebrating his ten-year tenure at the company in February 2018. Today, we employ a team of sales and technical staff in the region and works with a network of technology, system integrator and consultancy partners across the entire region to distribute and install our end-to-end solutions.

Sign up to our newsletter to keep up to date on the latest news, events and products from Exterity.